The pitch, for the film and social impact campaign, doesn’t have to be perfect in the Good Pitch arena but it needs to work.

Every team selected for Good Pitch² Australia is invited to a series of workshops at the Shark Island Institute in Kangaroo Valley, NSW. In September 2015, I attended one with all the filmmaking and social impact teams in attendance—to work on their final pitches, about five days prior to the big event.

Over 3 days, the seven-minute pitches (including trailers) for the films, and their impact campaigns, are re-structured, refined, polished and locked down. Earlier in the year, there had been the Campaign Development Workshop at the Institute for the same filmmakers and impact producers, and several months of work (since selection) on the films, campaigns and trailers. There’s a LOT of prep.

There were birds, gum trees, wombats, big skies, stars, excellent food, wine (if you want it—I did), focused filmmakers and impact producers with truckloads of work ahead of them, professionals from philanthropy, social impact and filmmaking. Then there was Good Pitch²  Australia Chair and Moderator, Ian Darling—blasting music at high volume when he wanted everyone down at the work hut and on time.

Ian does a lot more than that, but let’s not get ahead of ourselves. Suffice to say, he’s no slouch.

Ian Darling is not quite like anyone else in this space. A documentary filmmaker and philanthropist from a corporate background, he is also founder and patron of DAF (Documentary Australia Foundation)—another pillar of intelligence and support for the Good Pitch² Australia films, and the organisation that handles, advises and approves how the money donated is spent. He also set up and finances the Shark Island Institute inspired by the non-profit Sundance Institute in Utah, dedicated to the advancing of storytelling (founded by Robert Redford).

This is a short cut to saying that Ian—and the teams of professionals who work closely with him—know what to do, on all sides of the equation and that’s an unrivalled level of support, within Australia, for both the filmmakers and philanthropic donors. 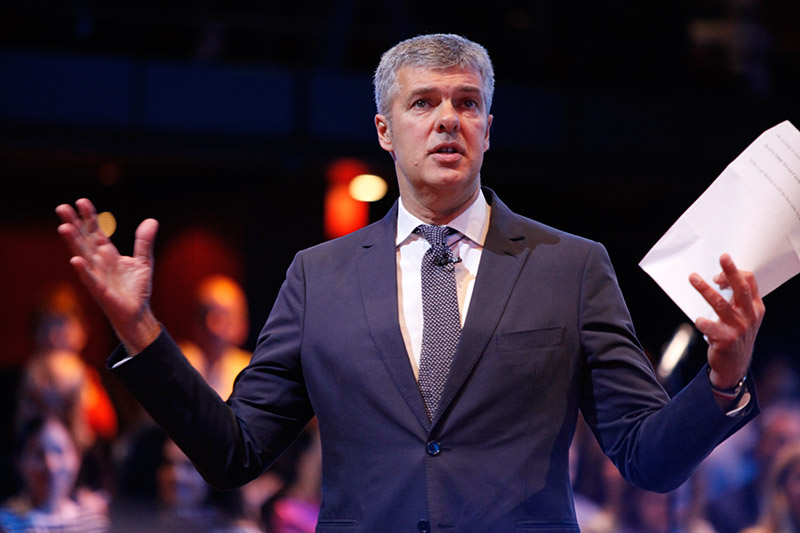 Who else was there?

Teams from the Shark Island Institute, Documentary Australia Foundation (the Daffies) and Good Pitch² Australia who select the films and have deep experience in the documentary and philanthropic sector.

That’s not all. Also present to lend their insight and experience were international guests with dazzling credentials. (Jetlag is a killer but they all turned up articulate, generous and breezy. No mean feat).

Jess Search, one of the creators of the Good Pitch model had flown in the day before. She’s the CEO of Britdoc, a London and New York based non­–profit organisation that since 2008, has notably backed films combining art and investigative journalism, among them: 2014 Oscar winner Laura Poitras’ Citizen Four, The Look of Silence (2015), Virunga (2014) and Pussy Riot—A Punk Prayer (2013).

Jess is brainy, editorially sharp, big of heart, and a snappy dresser—she’s known, sartorially speaking, for moderating the London and New York Good Pitch events in a white suit. For Sydney, she wore blue. (A vodka drinker, she conducted a blind taste-test after a tough day. The bespoke Australian stuff killed off the Smirnoff unilaterally). 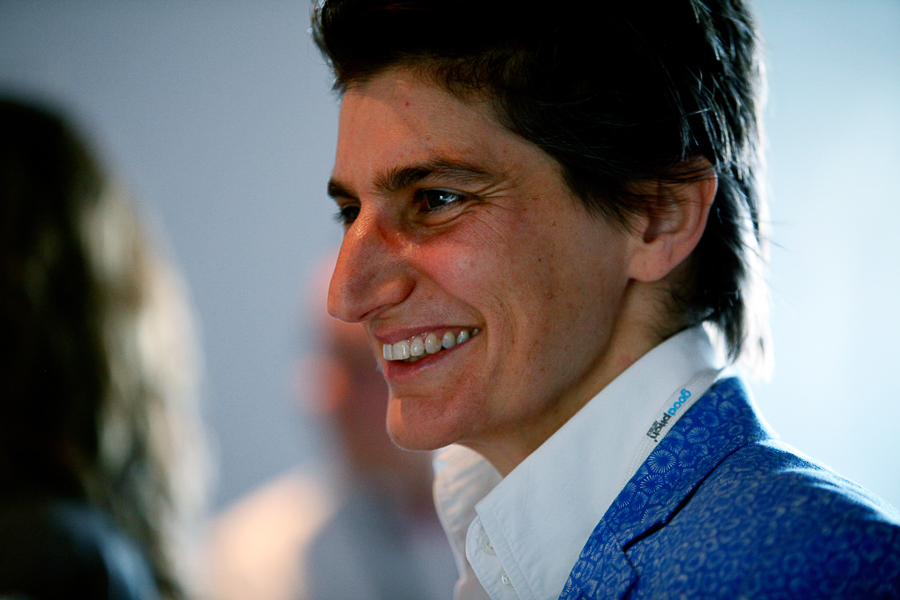 Coming in from Utah, was Oscar and Emmy award-winning producer Geralyn Dreyfous with an intimidating 54 credits to her name, including The Invisible War (2012) and Born into Brothels (2004); she is also a co-founder of the documentary production company Impact Partners that focuses on social issues. Her insight, advice and experience were a gift over that weekend.

Other international luminaries included: Rosemary Okello-Oriale, Program Officer for the Ford Foundation, Emily Verellen from The Fledging Fund, Judith Kibinge and Peter Mudamba who run Docubox, a regional support center for film in East Africa, who will be hosting Good Pitch² Kenya in 2016.

Yeah, quite a brains trust. 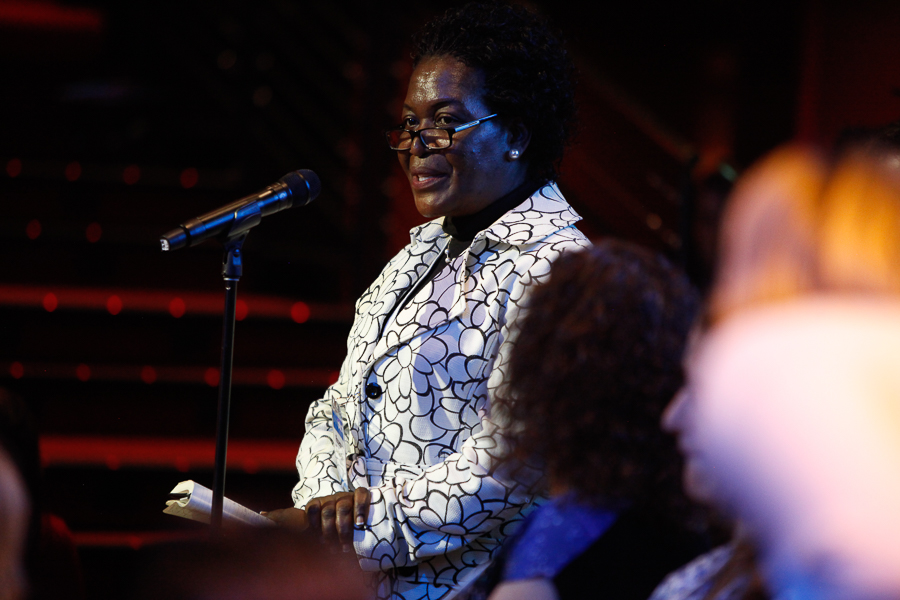 The context and objectives of Good Pitch are not the same as pitching a film or story to the commercial marketplace. It’s not about being slick or coming up with a clever hook or fitting into a television schedule; it’s about making your story come alive personally and directly, and in relation to an issue bigger than the story itself.

The film must work on its own terms artistically and then there’s a social impact producer who, using the film as a conversation starter and way of connecting audiences to the issue at hand, lays out the strategy for social change: it’s pragmatic, specific, concrete and achievable. Putting those two parts of that story together is what’s so crucial for philanthropic support.

Jess joked, at one point, that the hashtag for Good Pitch² Australia 2015 should be #difficult. It was in reference to the number of times “difficult conversation” came up in relation to the subjects of the films: sexual assault on campus, carers and disability, the disproportionately high incarceration of Aboriginal and Torres Straits Islander people in Australia, mental illness among men. And that was just the beginning.

Pitching successfully (as in delivery) demands you know to whom you are pitching and why. You want to bring people in, not alienate them—and that can be a fine balance when you’re focusing on experience and ideas that are challenging and films asking questions about inequality, injustice, loneliness, prejudice, violence—issues people would rather not think about. It’s also why the social impact campaign provides a way forward that’s ambitious, realistic but hopeful.

To stand up, at the workshop, on the first day, as a filmmaker and impact producer, is tough. I felt sick for a moment, before feeling grateful it wasn’t me up there. It’s daunting—even when everyone is on your side—to face a room packed with people, knowing that you are about to hear what’s wrong from professionals who know, take the feedback and have to go away at the end of day, re-write, and start all again over the next day, and the day after that. But that’s what happens. Keeping the moving parts in view, and in perspective, is a challenge. But by the third day the difference in the pitches is gob-smacking and strangely moving because they are so very good.