Around the same time that I first saw the Good Pitch² Australia 2014 film Gayby Baby, I was on a plane and saw the HBO documentary Larry Kramer: In Love and Anger. Kramer is an American playwright (The Normal Heart, The Destiny of Me) and public health advocate but it’s for his work as an LGBTI activist that he’s best known.

He is a founder of ACT UP (AIDS COALITION TO UNLEASH POWER) who fought loudly and militantly to scare US drug companies, and the US Republican administration who were slow to act on the AIDS epidemic in the nineteen eighties and into the nineties. 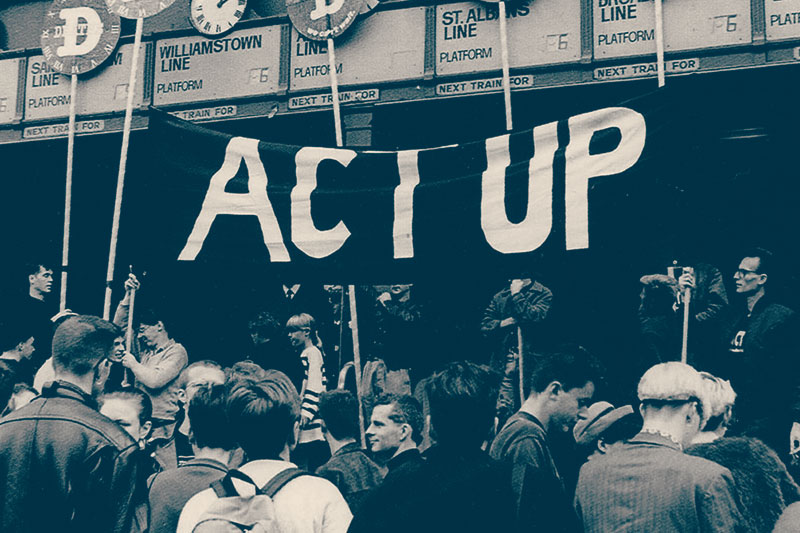 What ACT UP achieved over a decade or more of active protest for people in the US living with HIV/AIDS is  breathtaking. The film doesn’t say it, but the work of ACT UP is responsible for bringing gay rights into the mainstream social debate, and in the long term, for giving issues such as the bullying of gay teenagers national prominence, and creating the possibility for same-sex marriage legislation.

It’s why when I saw the Larry Kramer documentary, I wanted to write about it in relation to Gayby Baby. On the surface they appear to have little in common but they are stories in a long history of social progress asking that LGBTI people be accorded the rights and respect heterosexuals have always assumed and enjoyed.

It got me remembering, and thinking, about then and now.

When you are lucky, and that’s all it is, to be born into and grow up in relatively enlightened times, it’s easy to take rights, privileges, other people’s work and sacrifices for granted. I know I have, and do, as a woman who has benefited from over a century of active feminism. On fast reflection, I think it’s rather entitled to assume this was all given to me without decades of women fighting for equality (NOT OVER YET). We might be paddling in the right direction but these women missed out on the lives they might have lived had society not been discriminatory.

It’s fair to say, however, that Larry Kramer didn’t miss out—he lives out loud. And at eighty, he’s lost none of his edge.

Watched together, Gayby Baby and Larry Kramer: In Love and Anger make clear that entrenched prejudices are slow to budge and the fight for equality requires eternal vigilance. But when change arrives, and it makes for a fairer and just society, we all wonder what took so long.

Australia knows how he feels.

There are famous activists like Kramer who have contributed to positive social change, and there are ordinary experiences in extraordinary times. Today and tomorrow, leading up to the Mardi Gras parade in Sydney, on Saturday, I write about both.

For ‘Flashback: When Australia Led the Way’ about the best practice public health policy, and stories about the AIDS crisis in the 1980s-1990s  (click here)

For my opinion piece on Gayby Baby and marriage equality click here.